SmokeAPI is a DLC Unlocker for the Steam games that you purchased.

It tries to trick games that use Steamworks SDK into thinking you have the desired DLCs.

Necessary, the SmokeAPI does not change any other part of the Steamworks SDK, so features like multiplayer gaming and achievements are still available. 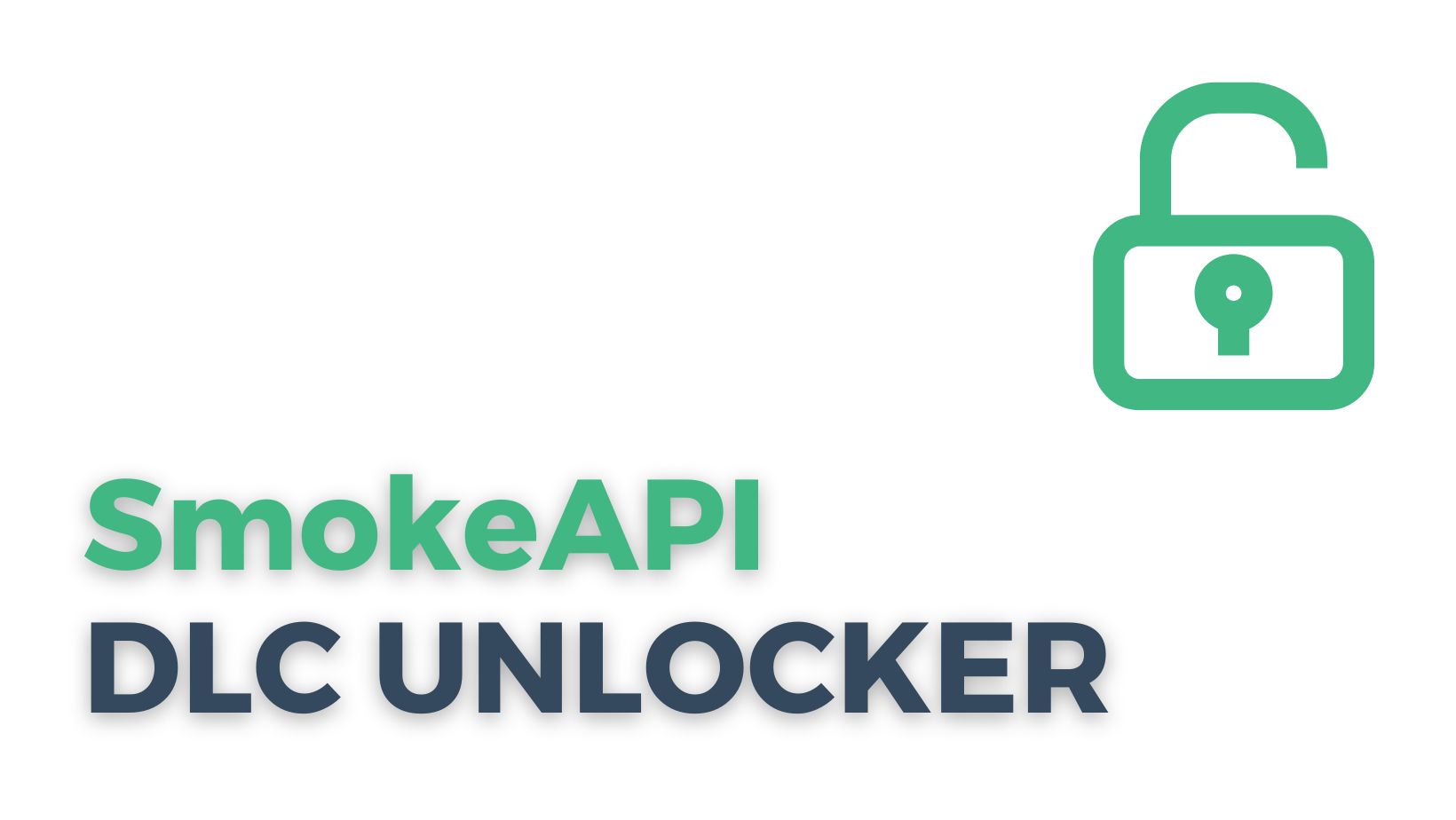 I confirm that it is 100% working. I tested the Proxy mode with Scum before extracting the files, and the game told me that I must buy the supporter pack to be able to use some features.

After extracting the files and renaming the original ones, all features are unlocked. Fantastic work; thank you, guys!

It works well with Spintires!

Thank you once again!

Two ways to install this unlocker are Hook mode and Proxy mode.

Hook mode is the preferred method, so try that first. If it doesn't work, then try Proxy mode.

SmokeAPI does not need any manual setup.

It uses the best options by default and tries to get all DLCs that it can.

However, there might be circumstances in which you need more custom-tailored behaviour. In this case, you can use a configuration file, SmokeAPI.json, which you can find here in this repository. To use it, simply place it next to the SmokeAPI DLL. It will be read upon each launch of a game. The default value specified below will be used if the config file is not present.

How SmokeAPI works in games with a large number of DLCs

Some games with many DLCs begin ownership verification by querying the Steamworks API for a list of all available DLCs.

The game will review each item on the list and check who owns it.

This issue is caused by the fact that the Steamworks SDK response may only be 64 if the user has a lot of unowned DLC.

To alleviate this issue, SmokeAPI will make a web request to Steam API for a complete list of DLCs, which usually works well.

But web API does not solve all of our problems because it will only return DLCs that are available in the Steam store.

This means that DLCs without a dedicated store offer, such as pre-order DLCs, will be left out.

That's where the dlc_ids config option comes into play.

You can specify those missing DLC IDs there, and SmokeAPI will make them available to the game.

But this introduces the need for manual configuration, which goes against the ideals of this project.

SmokeAPI will also fetch this document stored in a GitHub repository to remedy this issue. It contains all the DLC IDs missing from the Steam store. The paper is hand-crafted using data from https://steamdb.com.

This enables SmokeAPI to unlock all DLCs without any config file at all. Feel free to report games that have more than 64 DLCs, and have DLCs without a dedicated store page.

They will be added to the list of missing DLC IDs to facilitate operation without config.

Here is the link to download the latest release of Smoke API: https://github.com/acidicoala/SmokeAPI/releases/latest

There is no official tool or feature on Steam called a "DLC unlocker," and I would caution against using third-party tools claiming to unlock DLC on Steam. In general, it is not advisable to use unofficial tools or hacks to modify games or DLC on Steam, as they can be illegal and can lead to your Steam account being banned. Instead, if you want to access DLC for a game on Steam, you can purchase it through the Steam store and then download and install it through the Steam client.

In some cases, certain DLC may be automatically unlocked for a game if you own certain other games or have certain achievements, but this will be specified by the game's developer and will be done through Steam itself without the need for any external tools.

Using third-party tools or hacks to unlock DLC on Steam is not advisable, as it can be illegal and lead to your Steam account being banned. Steam has a strict policy against modifying games or DLC in any way that is not authorized by the developer, and using a DLC unlocker would violate this policy. If you are caught using a DLC unlocker or any other unauthorized tool or hack on Steam, you risk having your account banned and losing all of your games and progress. It is always best to play games and use DLC on Steam in the way intended by the developers and to avoid using unofficial or unauthorized tools.

Can someone crack Steam DLC?

It is theoretically possible for someone to crack Steam DLC, bypass the security measures and protections put in place by the developer and allow the DLC to be used without purchasing it. However, breaking Steam DLC is illegal, and doing so would violate Steam's terms of service. In addition, Steam has sophisticated security measures to detect and prevent unauthorized access to its games and DLC, so attempting to crack Steam DLC would be difficult and risky. Furthermore, even if someone could crack Steam DLC, using the cracked DLC would still be against the law and could result in legal consequences. It is always best to support the developers of the games and DLC you enjoy by purchasing them through legitimate channels, such as the Steam store.

There are a few ways you can download DLC for free on Steam, depending on the game and the DLC in question. Here are a few possibilities: Some developers may offer specific DLC for free, permanently or for a limited time. In this case, you can visit the Steam store page for the game and look for the free DLC, which will be marked. You can then add the free DLC to your Steam library and download it through the Steam client. Some games may include free DLC as part of a special promotion or event. For example, a game might offer free DLC to players who participate in a beta test or complete specific in-game challenges. In these cases, you can earn the free DLC by participating in the promotion or event. In some cases, specific DLC may be automatically unlocked for a game if you own certain other games or have particular achievements. For example, a game might unlock specific DLC for free if you own a special expansion pack or if you have reached a certain level in the game. You can access the free DLC by meeting the specified requirements in these cases. Just to let you know, downloading DLC for free may not always be possible and downloading DLC illegally, such as through a third-party website, is illegal and can result in your Steam account being banned. It is always best to support the developers of the games and DLC you enjoy by purchasing them through legitimate channels, such as the Steam store.

Some of the DLC (Downloadable Content) for the game Skyrim is free, while other DLC must be purchased. The base game, Skyrim, must be purchased in order to access any of the DLC. Keep in mind that the available DLC and the prices may vary depending on your location and other factors. Some DLC may also be available for free for a limited time, as part of a special promotion or event. You can check the Steam store page for Skyrim for the most up-to-date information on the available DLC and their prices.

How to add pirated DLC to Sims 4?

Pirating, or using unauthorized copies of games or DLC, is illegal and can lead to your Steam account being banned. In addition, pirated DLC may not work properly and can cause problems with your game, such as bugs, crashes, or other issues. It is always best to support the developers of the games and DLC you enjoy by purchasing them through legitimate channels, such as the Steam store. This ensures that you have a legal, working copy of the game and DLC, and it helps support the continued development and improvement of the game. I would strongly discourage you from attempting to add pirated DLC to The Sims 4 or any other game on Steam.